The conference will be held in Tolosa (Basque Country, Spain, almost 20,000 inhabitants), a historic town in the province of Gipuzkoa, 25 km away from the province capital, San Sebastian (Donostia in Basque), a famous touristic location, a 20-30 min. train journey away (https://en.wikipedia.org/wiki/Tolosa, Gipuzkoa; https://turismoa.tolosa.eus/en/information/tourism-office). In medieval times, Tolosa was a very important checkpoint between the Kingdoms of Navarre and Castile, France and the Cantabrian harbours. Currently it hosts many important cultural events and a traditional market every Saturday. 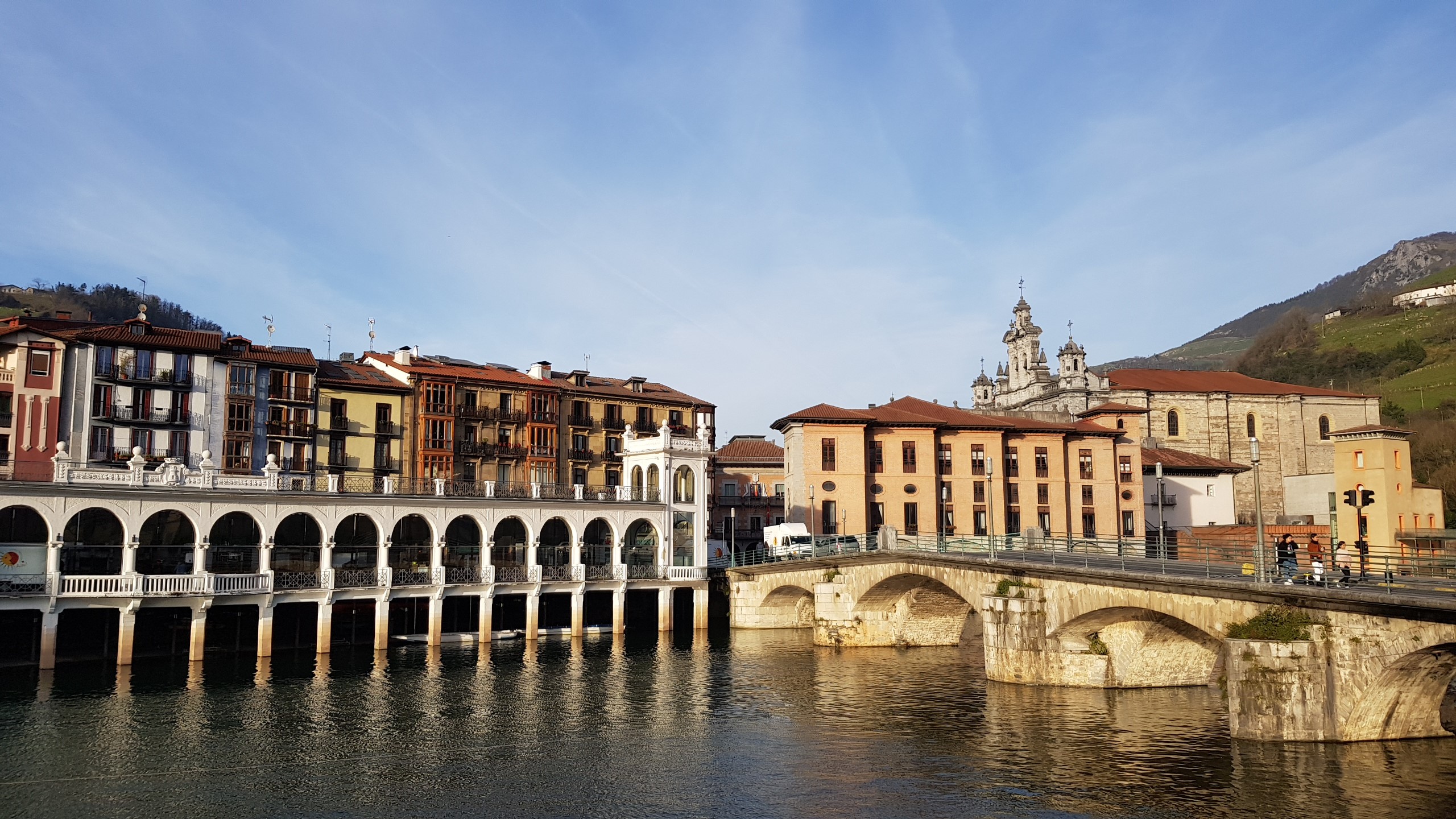 View of Tolosa and the River Oria with the Navarra bridge. The white building to the left of the bridge is called Tinglado (Zerkausia), where we will have lunch on 8th and 10th September. The bus for the mid and post-conference excursions will depart from a bus stop on this side of the bridge. Photo: Isabel Salcedo.

The registration and conference sessions will be held in TOPIC, the Tolosa Puppets International Centre, in Tolosa city centre: Euskal Herria, 1. 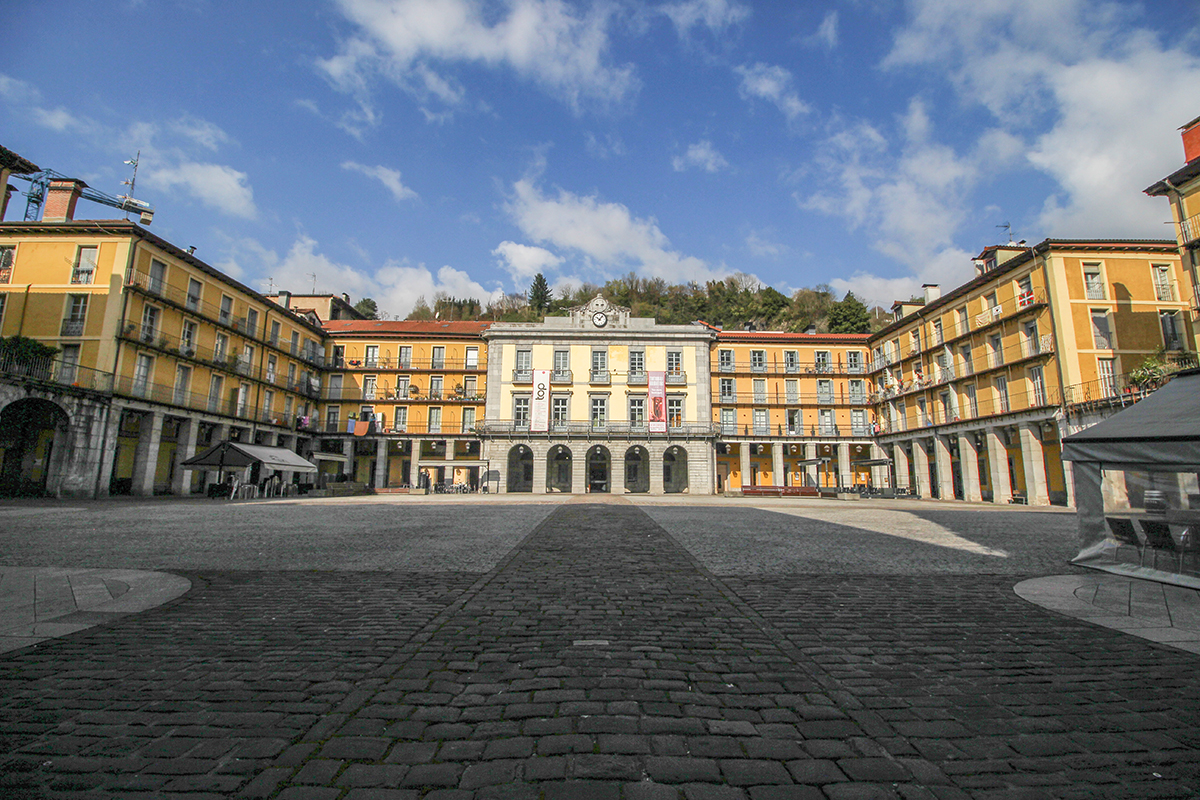 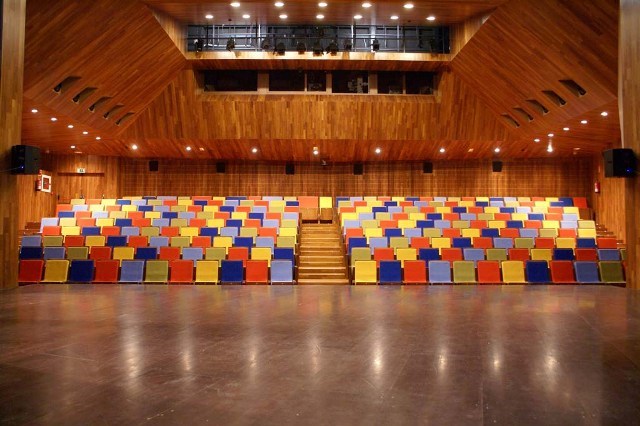 Accommodation should be booked independently by each participant. In Tolosa, there are two hotels, three guesthouses, and several rural accommodations. Below we give details about them. Please take into account that beginning of September is High Season in the area, so prices are not cheap. As the availability of accommodation is rather limited, we recommend booking as soon as possible. There is also the possibility of hiring flats online. Prices given below include VAT. Breakfast is a continental breakfast.

There are two international airports in the surroundings:

Biarritz airport (https://biarritz.aeroport.fr/en/), in the French Basque Country, with direct flights to several European cities, including Munich, London, Berlin, Geneva, etc.  There are direct buses from the airport to the bus station in San Sebastian (only one intermediate stop in San Sebastian city), 45 min.

PESA (https://www.pesa.net/pesa/en/horarios): only one bus per day, summer timetable not available yet (currently, bus leaves Biarritz airport at 11:35, arrival at San Sebastian bus station at 12:30 (weekends: 12:35 and 13:30). In the other direction, the bus leaves San Sebastian bus station at 10:30, arrival at Biarritz airport at 11:15.

ALSA (https://www.alsa.com/en/web/bus/our-destinations/airports/biarritz). This company offers three buses every day, but summer timetable not yet available.

Bilbao airport (http://www.aena.es/en/bilbao-airport/index.html), near Bilbao, with direct flights to many European cities. PESA company offers direct buses from the airport to San Sebastian bus station (€17.10, 1 hour and 8 min.). Timetables not yet available, but there is high frequency of buses.

There is also a regional airport, San Sebastian Airport, located at Hondarribia, on the border with France. This airport only operates with Air Nostrum, Iberia and Vueling, flying to Barcelona and Madrid. If you fly to this airport, there are two buses you can take to reach Tolosa (http://www.aena.es/en/san-sebastian-airport/public-transport.html). Bus E21 takes you directly to San Sebastian bus station, with a departure every hour. If you have to travel from San Sebastian airport to Tolosa during the weekend, you should take bus E27.

Once you reached San Sebastian bus station, you should move to the adjacent train station (bus and train stations are connected by a lift), and take a train to Tolosa (20 or 30 min.). The train has two stops in Tolosa (Tolosa centro or Tolosa erdia), in the town centre, very near the conference venue and most hotels and guesthouses, and the main station (Tolosa estación, or Tolosa geltokia), closer to Hotel Oria.

If you are travelling from Madrid, there are buses from Madrid airport and Madrid bus station to Tolosa, with ALSA company. This route stops in several cities before reaching Tolosa, so it is not so convenient. On average, the journey lasts 6 and a half hours, both for buses leaving from the airport and from the bus station.

Map of Tolosa showing the two railway stations: Tolosa Centro (Tolosa Erdia officially) and Tolosa (estación, geltokia), and the conference venue TOPIC (BideBide hotel is adjacent) (GoogleMaps). Mercado del Tinglado (zerkausia), by the river, is a covered market where we will have lunch during the conference. The bridge adjacent to the Tinglado is the Navarra bridge. The bus for the excursions will leave at the south side, indicated with a cross. All distances in Tolosa are very small, from hotel Oria to TOPIC 5 to 10 minutes walking distance. Please click to navigate on GoogleMaps.

If you require an official invitation letter to attend the conference, please contact the Chair of the Organizing Committee, Idoia Biurrun, after registering (Department of Plant Biology and Ecology, University of the Basque Country (UPV/EHU) P.O. Box 644, 48080 Bilbao, Spain. Email: idoia.biurrun@ehu.eus). This letter will not represent any commitment on the part of the organizers to provide financial support for you; it is only for the purpose of obtaining your visa or other such purposes.

University of the Basque Country

University of the Basque Country